Research over the past two decades in the laboratory of Gail Taylor has been focused on delivering applied, translational Plant Sciences that make a real-world impact on the supply of safe, nutritious, 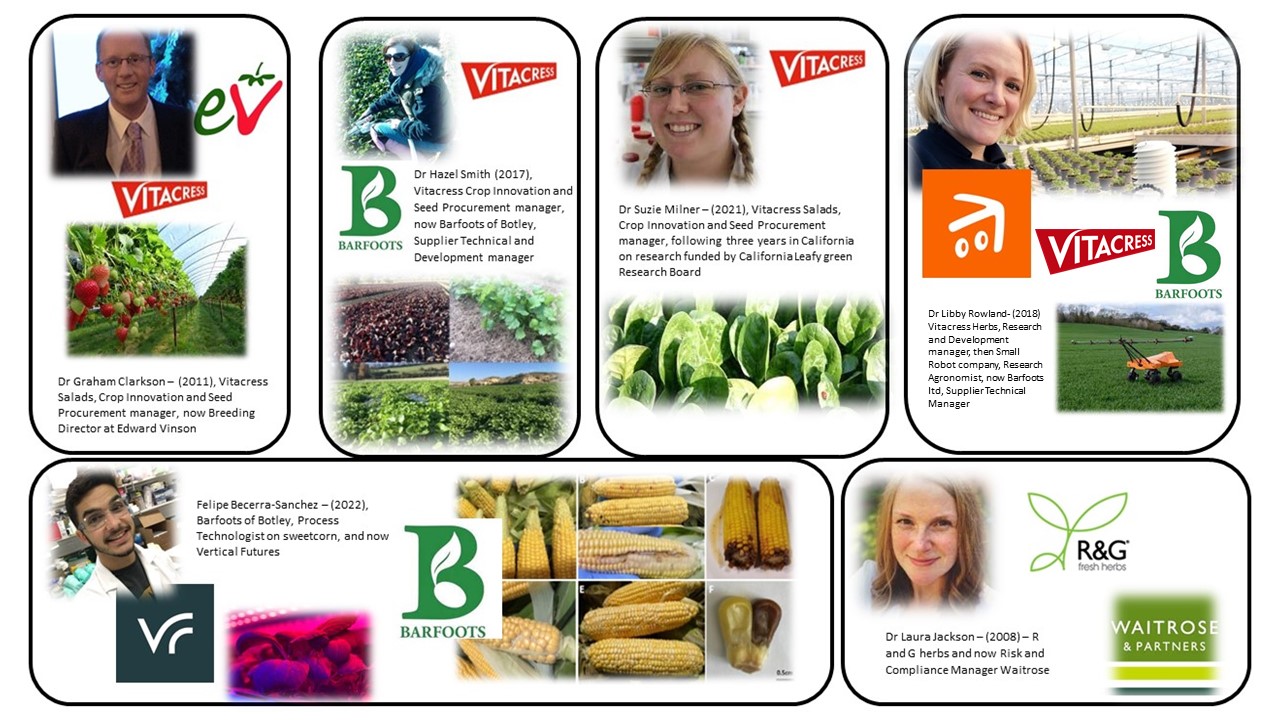 and sustainable food for the UK consumer. This ‘action research’ has been successful in training a generation of PhD graduates who have not only produced high-quality scientific outputs and benefitted from training as part of funded projects at the University of Southampton, but have gone on to have successful careers in several UK companies that make up an industry supplying food for the UK, 365 days a year.

Taylor was inspired when she re-located to Hampshire and found herself living in Alresford, the hometown of traditional watercress growing.  Watercress is the leafy crop with the highest nutrient density of any on the planet, but with very little research to understand and improve the crop. Since then her group has sequenced the first watercress genome and is busy now breeding watercress with even better nutrition and anti-cancer properties, for both traditional outdoor and vertical indoor, growth. But at the start, she made a cold call on the local watercress company, Vitacress, which blossomed into a long-standing research partnership that has seen Vitacress fund more than a dozen projects on topics of concern to the company, within the laboratory of Taylor. These projects often involved further partnerships, including with Sainsburys Supermarkets and an Industrial Partnering Award from BBSRC and other funding agencies. The first of those PhD students was Graham Clarkson who was employed by Vitacress in several roles and more recently returned to his love of plant genetics as Director of strawberry breeding at Edward Vinson.

Other important projects have included reducing irrigation water in production systems for both outdoor leafy green and indoor herb growing (Hazel Smith and Libby Rowland) and more recently, research funded by Barfoots of Botley has focused on solving the problem of post-cooking browning in sweet corn (Felipe Becerra-Sanchez).

In 2017, Taylor moved to California to take up a new post as Chair of the Department of Plant Sciences, University of California, Davis. An exciting move to a place where agriculture is the number one industry for California, valued at $50B annually. Research on watercress continues, but now in vertical indoor growing systems. Research on lettuce is funded by the Californian Leafy Green Research Board, with an emphasis on developing molecular markers for enhanced water use efficiency, extended shelf life, and improved nutrition. The latest and most exciting project is on understanding the genetics of the lettuce leaf microbiome and how this might be manipulated in the future for safer, higher-yielding lettuce crops. Said Taylor “It’s wonderful to see our graduates using their applied plant sciences training to make a real difference to food supply systems for the UK – more than ever, the supply of cheap and nutritious food, grown with respect to the environment, is needed and this group of fresh produce specialists has it covered,”

Where are they now?

How to teach a plant science lab during the COVID-19 pandemic?- A blog by Yufei Qian

Trials of conducting trials in a global pandemic -by Lauren Hibbert

Work attire: A tired tradition?- A blog by Suzanne Milner

So why are we editing the genome of lettuce? - A blog by Annabelle Damerum