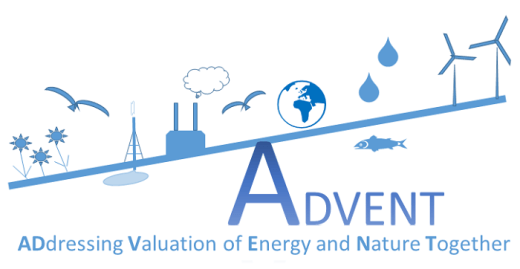 This Grand Challenge project funded by NERC aims to develop conceptual frameworks and modelling tools to integrate the analysis of prospective UK energy pathways with considerations relating to the value of natural capital.  It will quantify the implications of differing future UK low-carbon energy pathways for stocks of natural capital (e.g. groundwater and natural habitats) and for the provision of ecosystem services (e.g. irrigation, visual amenity, recreation). In addition, the project will compare the outcomes of different methodologies to value changes in ecosystem services and provide guidelines regarding the application of such approaches. Ultimately, the project seeks to provide both public and private sector decision makers with tools that allow them to take a whole-systems perspective on energy futures in a way that integrates energy and environmental considerations.

Several reviews of future energy pathways have identified BECCS as an important tool for achieving decarbonisation objectives, so this project examines the likely implications of BECCS on natural capital in the UK and internationally. It will focus on the spatial context of likely infrastructure developments (of direct relevance to the UK NCC recommendation for a 25 year plan) and the likely types, quantity and locations of biomass production. Project 6 will build on existing knowledge within the consortium, including NEA-FO, the UKERC 2 biomass spatial mapping project, and on-going complementary work in UKERC 3 and SUPERGEN Bioenergy MAGLUE that are considering imported biomass for UK co-firing power stations, providing quantification and comparison of the natural capital impacts of home-grown versus imported feedstocks. We will quantify the impact of infrastructure development and maintenance, considering a 10-15 GW installed capacity by 2030.

Project 6 is a collaborative effort between energy, engineering and natural capital evaluation researchers. The NEA scenarios, NEAFO land use change model and outputs from Project 1 in ADVENT and UKERC energy pathways will be used alongside a case study approach targeting specific BECCS options, to develop a framework for considering the impacts of BECCS on natural capital and ESs. This will include identifying potential locations for new BECCs or CCS infrastructure and/or changes to existing and pipeline connections required to the storage areas. Based on current land/maritime area use, we will then assess the likely impact on natural capital of each shift towards the new energy use. This will include GHG emissions, change in habitat, threatened wildlife, change in human access to amenities, net changes in economic values, visual amenity, jobs gain/loss, impact on food production, etc. From this we can then quantify the impacts of each pathway to identify the options with the most positive (or least negative) impacts.

This project will carry out global spatial analysis of international natural capital implications of UK energy pathways for multiple ES, including interactions and trade-offs between services. This analysis will build on UKERC-funded research (led by Felix Eigenbrod) which used an environmentally extended multi-regional input output framework to quantify the impacts of current demand for oil, gas, and electricity on global water resources by linking a global trade model (GTAP) with a global hydrological model (WATERGAP). It will also link to work in Leeds examining the UK contribution to global greenhouse gas emissions from a consumption perspective and thus provide a bridge between stakeholders primarily engaged with climate change (e.g. UKERC; DECC; UNFCCC, IPCC) and those focused on natural capital (e.g. NCC; DEFRA; IPBES).

The growing geographic disconnect between consumption of goods and the extraction and processing of resources and environmental impacts associated with production activities makes it crucial to factor global trade into sustainability assessments. Indeed, there is well-documented bias in environmental transfers in favour of net-importing developed nations at the expense of resource-exporting less developed nations. As such, assessing the global natural capital impacts of the UK transition to a low carbon economy requires consideration of the transfer of resources through international trade. The combined model GTAP-WATERGAP model we developed through UKERC discussed above allows the global water use implications of the economic demand for any sector for any country to be quantified, and as such is highly flexible. Importantly, by quantifying both territorial and international demand for water resources, our model is aligned with techniques for consumption-based greenhouse gas emission accounting such as those used for the official headline indicators for the UK Government.

The first stage of this work will be to examine the degree to which the overseas carbon emissions and water use associated with UK-driven energy demand co-vary at national scales, by combining outputs from existing models. Secondly, we will extend the approach for sub-national mapping of impacts developed for water in our GTAP-WATERGAP model to other forms of natural capital; for example minerals and biodiversity (both terrestrial and freshwater). The former will use existing datasets, while the latter be carried out through a Southampton-led PhD studentship examining the potential global biodiversity implications of a UK transition to a low carbon economy. This studentship will involve examining the degree to which current and future UK (and global) energy demand will spatially coincide with areas of known high biodiversity (e.g., biodiversity hotspots, ecoregions) and ranges of species classified as endangered on the IUCN’s Red List. It will also look at potential synergistic impacts of climate change and energy demand on species distribution, building on the extensive bioclimatic niche modelling expertise of Pearson, and on recent work identifying refugia from global synergistic effects of biome shifts and habitat loss. Thirdly, for a number of ES measures (e.g. fresh water, GHG’s, minerals), we will employ modelling techniques developed and used in UKERC Phase 2 (for example hybrid LCAs), existing datasets and literature to disaggregate the broad energy sectors represented in our GTAP-WATER model (e.g. electric, gas) into specific energy technologies. This will provide a novel and detailed understanding of implications of low carbon energy pathways given the set of diverse technologies that are likely to be represented (e.g. nuclear, unconventional gas, etc.).

Finally, we will extend the spatial analysis discussed above to reflect changes in resources out to 2050 given climate change projections, building on recent integration of future scenarios within WATERGAP, as well as the energy pathways being developed during UKERC Phase 3, and projected changes in vegetation, land use and population at the sub-national scale. The goal of this work will be identify where future pinch points in supply chains may exist and where the impact UK energy demand on our current reliance on global ES may increase. 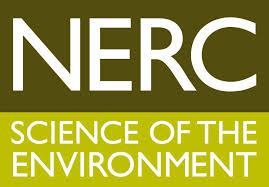